We have a several generic jobs that independently build components which fan-in to create a release candidate.

The "create release candidate" job triggers a jenkins-pipeline job which runs tests of the assembled components.

The dependency graph does not display the downstream "pipeline" job (if the downsteam job is not a pipeline, it is displayed correctly) - see screenshot below 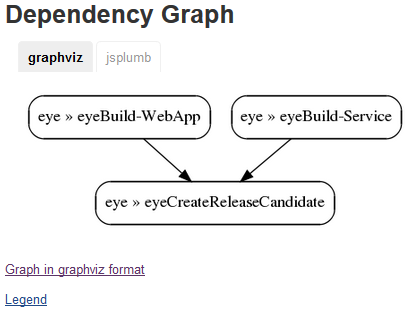 This issue may be related to this one:
JENKINS-29913 Generalize DependencyGraph to Job (or ParameterizedJobMixIn)